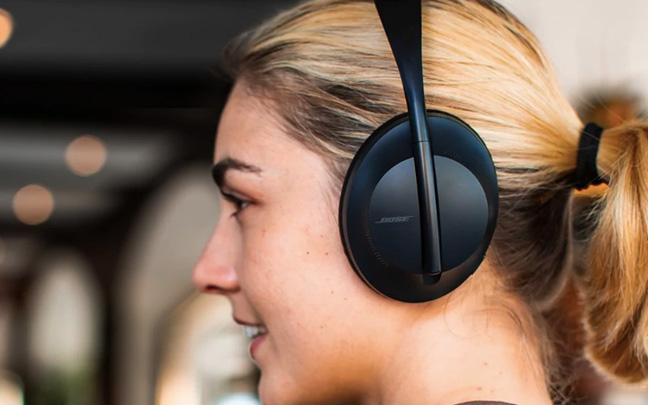 I still can’t get over how much I like the Bose QuietComfort 35 11 headphones, which have the best noise cancellation on any over-the-ear headphones — with the exception of Sony’s WH-1000X3 cans. However, they actually feel more comfortably than Sony’s headphones. If you have an iPhone the Bose headphones are the best. But since Sony has the aptX codec for Android phones (as well as the high-end AAC codec for the iPhone), Samsung Galaxy S or Note users are better off with Sony’s offering.

Unfortunately, the new Bose Noise Cancelling Headphones 700 don’t add the aptX codec, even though they will cost $400. Therefore, they are best used with the iPhone. Still, these headphones have just about everything else.

As CNN describes, the new headphones, which feature 8 different mics, work especially well at letting the listener zero out surrounding noise when listening to music or making phone calls. Bose already has good technology for this on other headphones, but the Headphones 700, which are compatible with Siri, Alexa, or Google Assistant, allegedly take this to a completely new level. 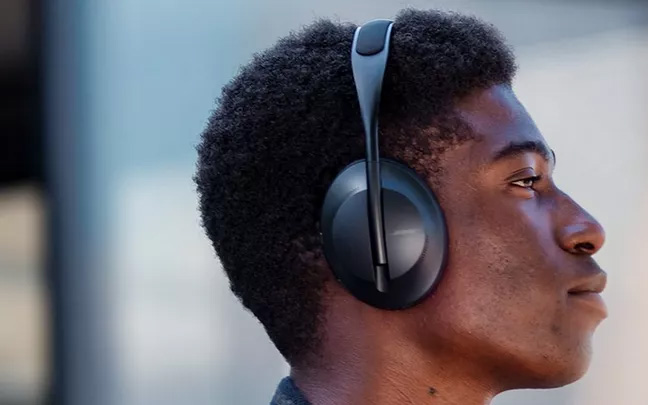 Bose Noise Cancelling Headphones 700 are said to be amazing for making calls in loud surroundings.

The headphones certainly look updated and modern. It’s certainly a branding risk when changing a design that has proven to be successful for several years. However, at least the plush earpads remain. I’m not so sure these would be really comfortable when working out (especially lying down and lifting weights), but we shall see.

The Headphones 700 aren’t the only thing Bose has in line; they will release the Bose Earbuds 500, which replace the successful SoundSport Free buds. These will be smaller and have touch controls that can access Siri, Google Assistant, or even Amazon’s Alexa. However, they won’t have noise cancellation. Apparently, that will come with Bose Noise Cancelling Earbuds 700. Unfortunately, you’ll have to wait until 2020 for what seems like the ultimate earbuds.

These new headphones and earbuds can give Bose a little bit of a needed boost. While the audio company is still doing well, it doesn’t maintain the top-of-the-line reputation it did at the beginning of the decade. Many consider Sony as the company with the best over-the-ear wireless products, while Sennheiser as well as Bowers & Wilkins have also been seen as Bose alternatives.

It also remains to be seen whether the $400 price tag will be too much to entice listeners, especially since the most expensive wireless headphones cost $350. That said, I can hardly wait to test the Bose Noise Cancelling Headphones 700 out.

Daryl Deino has been a technology enthusiast since 1995 and has written for several newspapers and technology sites. Please reach him at [email protected]
View all posts by Daryl →
This entry was posted in Tech News and tagged Bose, Bose Headphones 700, noise-cancelling. Bookmark the permalink.