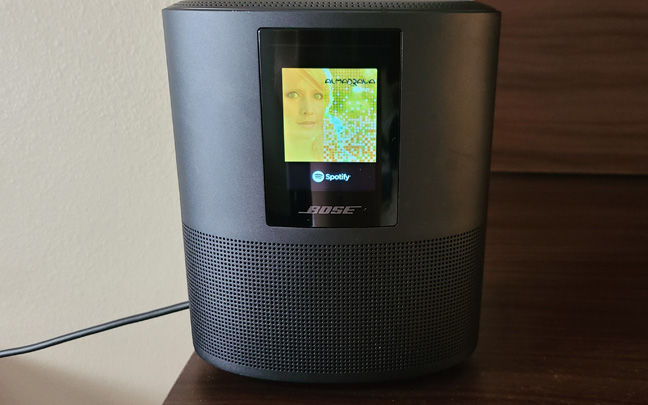 A couple weeks back, I reviewed the Sonos Move Portable WiFi and Alexa-enabled speaker and had nothing but great things to say about it. I wasn’t really excited when I got the Bose Home Speaker 500 to review (finally, after two years). After all, the speaker isn’t battery-operated, so it always has to be plugged in.

However, the Home Speaker 500 only weighs 4.75 pounds compared to the 6.6 pound Sonos Move. And you can easily plug it into your car with an AC adaptor because it doesn’t take up too much wattage. If you don’t carry your speaker around wherever you hang out (and most people don’t), the Home Speaker 500, rather than the Bose Portable Home Speaker, is really the best Sonos alternative.

The thing that differentiates the 500 from other current home speakers is that it is a stereo speaker. “Does that make a difference these days?” one may ask, and the answer is a definite yes. The 500 doesn’t look like it has much room for stereo separation, but the actual speakers face sideways, so you do notice the stereo separation. It makes a huge difference when listening to songs such as “Vogue” by Madonna or “Levitating” by Dua Lipa. 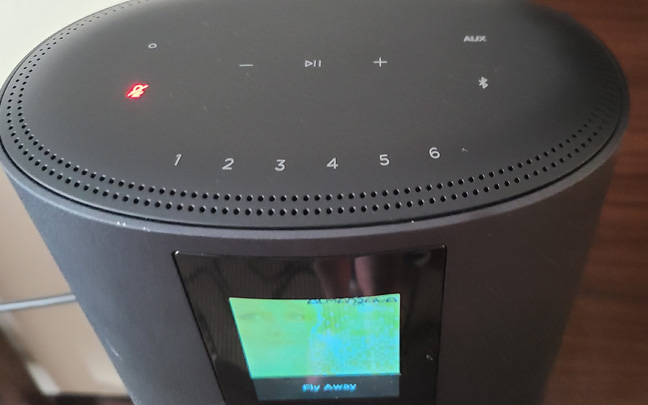 However, setup — like it was with the Portable Home Speaker — was a nightmare. I didn’t have a WiFi connection that was really fast, so it took a couple hours before I was able to download a full update. In the meantime, I couldn’t play music or see the Bose 500 on my network. But once everything was set up, it was worth the hassle.

Many love Bose’s soundstage, which has sort of a muffled V shaped curve. However, Bose does have its own equalizer that provides better results than the equalizer that comes with Apple Music or Spotify. I keep the bass level on +20, and it makes me really feel the rumbling of the low sound range. Bose has never been great on the middle ranges of the sound spectrum, but voices on ballads such as “We Belong Together” by Mariah Carey come in very clearly.

The Home Speaker 500, which is AirPlay 2 enabled, also has Alexa and Google Assistant. Both work very well, even though I’m still not a big user of voice assistants due to privacy concerns. Thank God Bose lets you turn off the voice-assistant microphone. I wish it had a speakerphone, but the lack of it is no deal breaker.

Daryl Deino has been a technology enthusiast since 1995 and has written for several newspapers and technology sites. Please reach him at [email protected]
View all posts by Daryl →
This entry was posted in Review and tagged Bose, Sonos, Speakers. Bookmark the permalink.