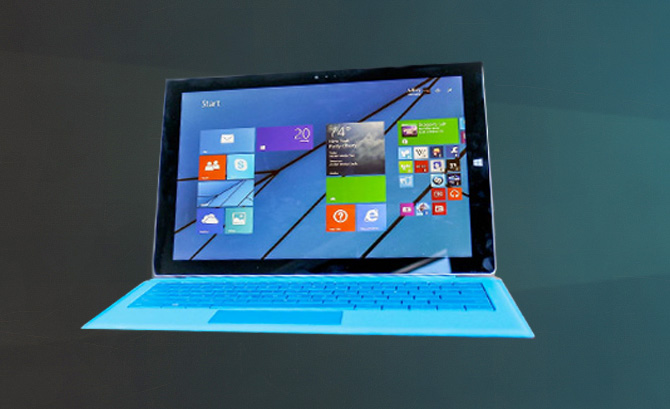 There are many great technology deals this week. I am going to highlight some of them.

Head over to the Microsoft site now to get a great deal on the the Surface Pro 3, the first well-received tablet/laptop hybrid. Microsoft is offering $100 off most model configurations and also giving away a free sleeve with the purchase. Unfortunately, Microsoft doesn’t include the Type Cover, which is absolutely essential to the Surface Pro 3. Could this sale mean that the Surface Pro 4 is coming soon?

Head over to Best Buy now to buy Samsung’s Galaxy Note 4 for $649 — that’s $150 cheaper than the list price. Even though the Galaxy S6 and S6 Edge have taken the spotlight away from the Note 4, it is still a robust device for people who want a phablet-sized phone. Don’t forget that you can also use the phone for the Gear VR virtual reality headset, which is available at Best Buy for $200.

Head over to Walmart to buy this printer for only $29.99. That used to be how much  an ink cartridge went for. There are still some people who use printers and Canon has the highest quality printers. Just make sure you stock up on a lot of ink cartridges; Canon’s cartridges never seem to last a long time.

Head over to Fry’s Electronics now to get an amazing deal on this 4K television set for $799 — that’s $400 off the original price! Whether you like it or not, 4K Ultra-HD television sets are going to be mainstream within a year. At first, people thought the 4K craze was short-lived, just like the 3D television phase. However, there has been a surge in new 4K content. You know 4K is legit when even Netflix is jumping on the 4K craze lately. Have you ever taken 4K videos with a Samsung device and played them back on a 4K television set? You will be absolutely blown away by the quality of the videos!

Daryl Deino has been a technology enthusiast since 1995 and has written for several newspapers and technology sites. Please reach him at [email protected]
View all posts by Daryl →
This entry was posted in Tech News and tagged Beats, Canon, LG, Microsoft, Samsung. Bookmark the permalink.