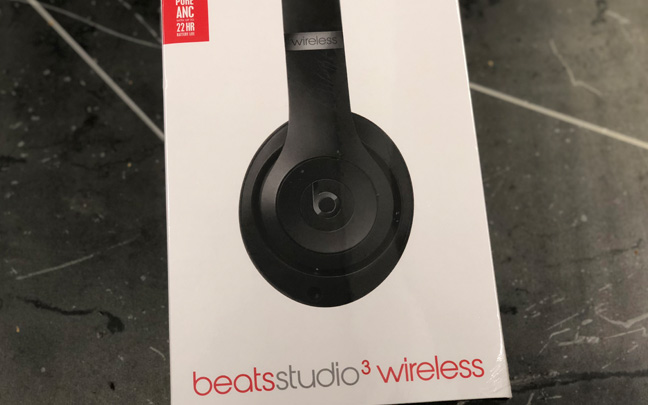 The original Beats Studio Wireless headphones were named as one of the top products of 2014 by this blog. They were indeed polarizing, especially because the bass on the headphones was artificially inflated to the point that it really annoyed audiophiles. But those who loved hip-hop or dance music loved these headphones.

Beats, which has been acquired by Apple, has somewhat changed their signature sound over the past couple of years. The bass is still there, but the mids and highs have more emphasis. And that change of sound continues on the Beats Studio 3 Wireless. Those who enjoyed having their ears harshly kicked by the bass may be a little disappointed, but everybody else will be satisfied. The Beats Studio 3 Wireless is the best Beats headphone released to date. 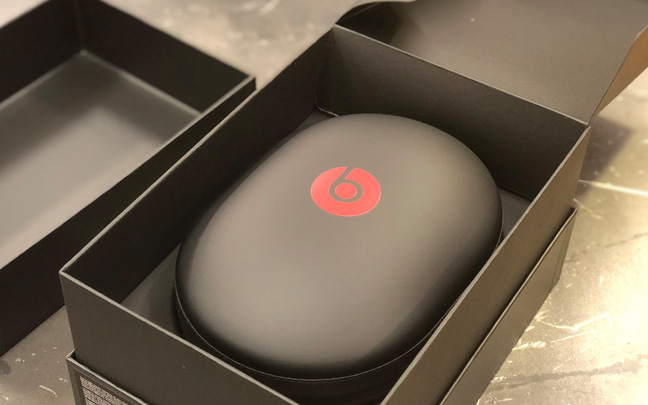 The Studio 3 Wireless comes in some impressive packaging.

For $349, they may be slightly too expensive. However, if you can get a deal on them for $299 (it’s especially easy during the holiday season), you will have absolutely no regrets about your purchase. They may look exactly like the original Studio Wireless, but are actually quite different inside.

In terms of sound quality, the Studio 3 Wireless might not by the best, but are close. They offer a wider sound stage then previous Beats headphones, while still providing that warm bass kick, although it’s not as strong or overbearing. For example, listing to “Dirty Sexy Money” by David Guetta & Afrojack sounds lighter than it does on the original Studio Wireless, but one can still feel the bass as the chorus starts. The vocals, however, are a little distant.

Taio Cruz’s “Row the Body” makes it sound like you are in a club. The bass isn’t quite “kicking,” but it’s warm and takes a staring role throughout most of the song. Once again, the vocals feel somewhat distant. 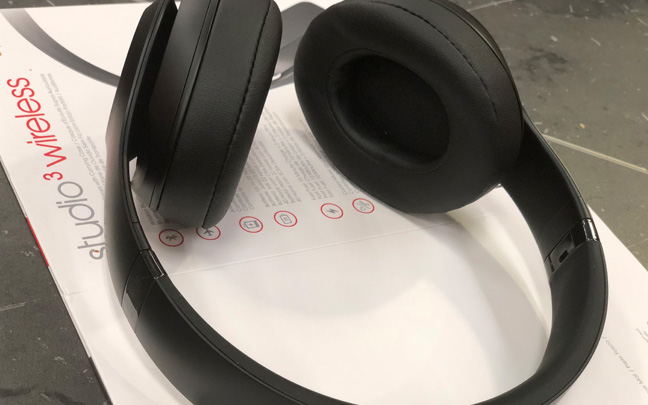 The Studio 3 Wireless has a W1 chip that is compatible with iOS devices. It didn’t automatically pair with my iPhone X the first time, so I had to do a manual connection through Bluetooth. However, this problem hasn’t been reported by other users. The Studio 3 Wireless is compatible with the AAC codec that is on just about every iOS device. Unfortunately, there is no aptX codec for Android devices. I found the audio quality slightly better on the iPhone X than the Galaxy Note 8.

Though I can’t say that the Beats Studio 3 Wireless is the best in its class and price range, I can say that Apple (who currently owns Beats) has produced a solid wireless headphone that hits all the right spots. These are especially good for hip-hop or EDM listeners who don’t want bass completely dominating their music.

Daryl Deino has been a technology enthusiast since 1995 and has written for several newspapers and technology sites. Please reach him at [email protected]
View all posts by Daryl →
This entry was posted in Review and tagged Apple, Beats, Bluetooth Headphones, Studio 3 Wireless, Wireless Headphones. Bookmark the permalink.