On the heals of the fantastic AirPods Pro, Apple has just released the Beats Solo Pro, a set of $299 on-ear headphones that competes with similar headphones by Bose and Sony. Even though Apple acquired Beats a few years back, both brands have always been seen as separate. But the Beats Solo Pro should be called the Apple Solo Pro because it is certainly operates like an Apple Product inside and out.

The Solo Pro headphones come in several matte colors. These are no longer the flimsy built Beats headphones of the past; they are still built with plastic and aluminum, but feel very sturdy. In fact, even though I slept with them, which caused parts to move in all directions, there is not one sign of the headphone creaking Beats (and even Bose) is known for.

They are small compared to other headphones and fit on your ears rather than over your ears. But if you get get a great fit, you won’t miss your over-the-ear headphones one single bit. 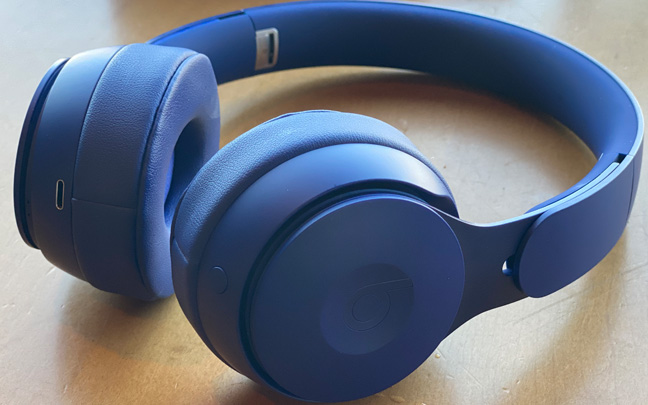 Beats headphones have never been known for their fantastic noise cancellation. The Beats Studio 3, released two years ago, made some steps in offering legit noise cancellation, but produced too much of a hiss and didn’t block out enough noise. There is still a hiss in the Solo Pro cans, but it’s less quiet. What’s important is that the noise cancellation is excellent — it’s right on par with the AirPods Pro. It lags a little behind the Bose NC 7oo headphones, but those also cost $100 more.

The noise cancellation on these Beats headphones has made the Solo Pro cans my go-to sleeping headphones. At first try, they felt annoying. But I barely noticed they were on through the night.

This is more proof that Apple engineers are fully involved in Beats products now. Transparency Mode allows outside noises to come through as if you don’t have the headphones on. On most products, Transparency Mode sounds tinny and unnatural. However, this isn’t the case with the Solo Pro cans, which sound exactly the same in Transparency Mode as the AirPod Pros sound. 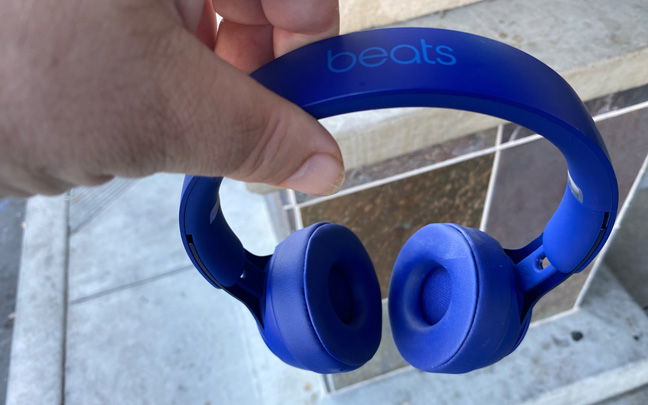 The Beats Solo Pro headphones have a balanced soundstage.

Beats has always had a controversial soundstage with a huge emphasis on bass. This has changed over the years, and now, the Beats have more of a “V” shaped sound spectrum. The bass is prevalent, but so is the treble. The Pros are good for listening to a variety of music styles.

I’ve tested the headphones with Dr. Dre, Madonna, Phil Collins, The Beatles, and even Donna Summer, and the music listening experience passes with flying colors. My only issue is that the mids are recessed a little too much, but it’s not a deal killer.

If call quality is the most important thing about your headphones, you are better off with the Bose NC 700. However, the Beats Solo Pro call quality is certainly above average when you position the headset in the right place. When the pads settled slightly above my ear to the rear, the phone quality was dismal. However, just an inch of movement to the lower center made things sound a lot better.

The positioning of the headphones is especially important in noisy environments, where even a half an inch can make a big difference. The Solo Pros will pick up ambient noise, but not enough to make you sound inaudible to your caller. It will help if you speak slightly louder than usual no matter where you are.

Those who have ignored Beats in the past because of their style-over-substance reputation may want to get past their prejudice, which certainly had validity just three years ago. In 2019, the Beats Solo Pro is an Apple product that has quality written inside and out.

Daryl Deino has been a technology enthusiast since 1995 and has written for several newspapers and technology sites. Please reach him at [email protected]
View all posts by Daryl →
This entry was posted in Review and tagged Apple, Beats, Beats Solo Pro, Bose. Bookmark the permalink.