Apple watchOS 3 Makes A Huge Difference On The Apple Watch 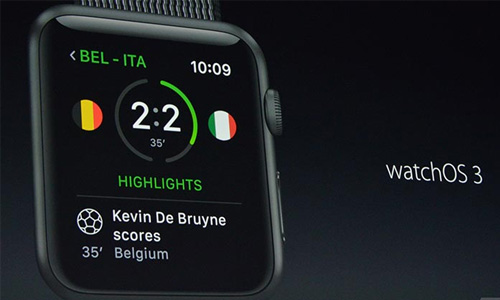 I haven’t been able to get my hands on the Apple Watch Series 2 yet, but updating my current Apple Watch with watchOS 3 makes me feel like I am operating a new watch. Had Apple put out this same operating system when they originally launched the Watch in 2015, it would have easily been a bigger hit.

Every task is operating faster. From opening apps to shutting them down, there is no longer the one to two second wait time.This especially comes in handy when using Siri to get directions to a certain place. With watchOS 1 and watchOS 2, one had to wait at least twenty seconds until your route was set. With watchOS 3, it takes half the time. 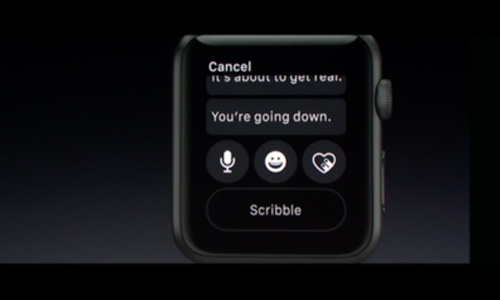 I always said that the biggest advantage to having the Apple Watch was being able to answer text messages with your voice. This has probably saved lives, especially for people who text message while driving. With watchOS 3, there isn’t much of a lag and Siri is more accurate in recognizing your voice.

Are you bored of your current Watch face? Well, all you have to do now is swipe to change it to another one. watchOS 3 offers a lot of new watch faces and let’s you customize them. I prefer the simple watch face that shows the date, time, location you are at, weather, and exercise activity.

Speaking of exercise, the watchOS 3 turns your Apple Watch into a more convenient and accurate exercise tracker. You can now launch the exercise app right from your Watch face. I can verify that watchOS 3 tracks your calories more accurately. If you were one of the thousands of frustrated people who wasn’t able to stop the exercise time with one touch, you’ll be pleased to know that you can do it with watchOS 3.

After using watchOS 3 for the past week, I can’t believe I was ever satisfied with my Apple Watch before. The Watch has gone from feeling like a beta version of a capable device to an actual capable device. Hopefully, consumers will finally agree.

Daryl Deino has been a technology enthusiast since 1995 and has written for several newspapers and technology sites. Please reach him at [email protected]
View all posts by Daryl →
This entry was posted in Review and tagged Apple Watch, iPhone, watchOS 3. Bookmark the permalink.