Apple Watch Series 7: What To Expect

The Apple Watch has become an important part of people's lives.

The Apple Watch took a couple years to catch on, but it was unstoppable once it did. According to 9to5Mac, there are more than 100 million people wearing one — and that was said by an analyst in February. The Watch hasn’t drastically changed over the past few years, and the motto — if it isn’t broke, don’t fix it — appears to be working well for Apple.

The Apple Watch 7, which is expected to be launched in September, will have one major upgrade according to MacRumors.

“Apple may skip adding new health sensors to this year’s Apple Watch Series 7 in favor of improving the device’s battery life. The company is said to be adopting new double-sided System in Package (SiP) technology to reduce the size of Apple Watch’s processor.”

As someone who thinks one shouldn’t have to charge the Apple Watch every day or even every 36 hours, this is a major upgrade. Any smartwatch should last most users at least a couple of days. The current Apple Watch is an amazing device, but its battery life is shorter than it is on many other brands.

According to CNET, some other changes could include a flat-edge design, more color options (possibly green), and a possible glucose monitor. It appears that the cost of the watch will remain the same and that it may be announced on September 6. 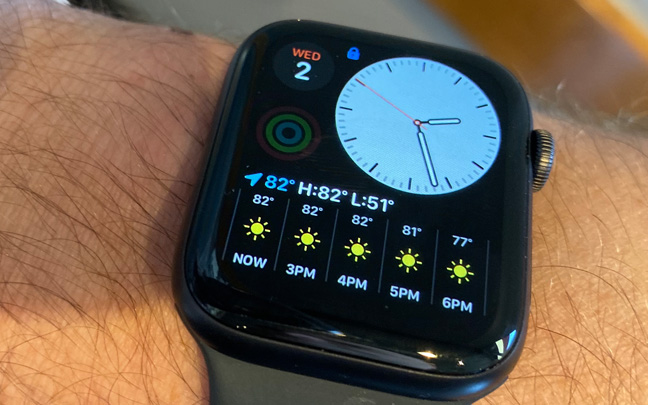 The next Apple Watch will have more color options.

It’s highly likely that the Series 7 will be released the same time as watchOS 8, a much improved operating system for Apple Watch users. According to Apple’s website, the operating system will offer more convenient access to Apple Wallet, a redesigned Home app (will offer you ability to control devices in your room), new workout selections (including Tai Chai and Pilates), sleep respiratory rates, more photo engagement, a new Contacts app, and multiple timers.

I would love more than anything if Apple included a camera on the Watch. In the first place, it would be great to unlock the watch through Apple’s facial recognition software. In addition, can you imagine making FaceTime calls from your Watch? It is definitely possible with Apple’s processing power. However, privacy concerns will keep a camera off the Watch for several future generations. It could become a huge workplace liability.

I would also like the Apple Watch to be able to recognize if you are driving, thus turning off notifications. It’s easy to forget to turn on “Do Not Disturb” on the Watch or iPhone. Doing this can possibly save lives — or at the very least — accidents. Apple already has a patent for this, but they need to turn it into a reality.

The Apple Watch is slowly transforming from being the iPhone’s sidekick to becoming a solo productivity device. The Apple Watch 7 will continue pushing the Watch in the right direction.

Daryl Deino has been a technology enthusiast since 1995 and has written for several newspapers and technology sites. Please reach him at [email protected]
View all posts by Daryl →
This entry was posted in Tech News and tagged Apple Watch, Apple Watch 7. Bookmark the permalink.