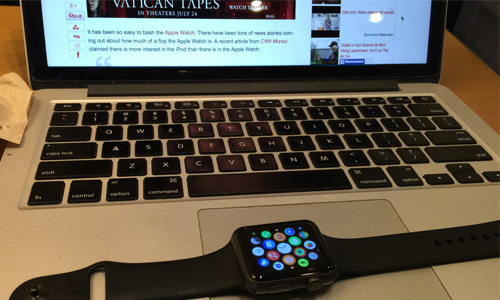 The Apple Watch is better than some critics want you to believe.

So, I did it. Purchasing the Apple Watch was one of those impulse purchases. I had a bad day and needed a thrill. I knew of Apple’s 14-day return policy as well, which is why I don’t feel too bad about purchasing the Watch. But the fact that the Apple Watch has actually been pretty useful is the biggest reason I have no regrets, other than the fact that if I keep it, I won’t be able to pay my bills for the next month.

People are gunning for the Apple Watch to fail. After using it for the past three days, I can safely say that those people will eventually be proven wrong. The current Apple Watch is more of a “beta” product, but it shows what the technology is capable of. Rather than a traditional review, I am going to list all the pros and cons of the Apple Watch. There are more pros than cons — something I thought I would never say. 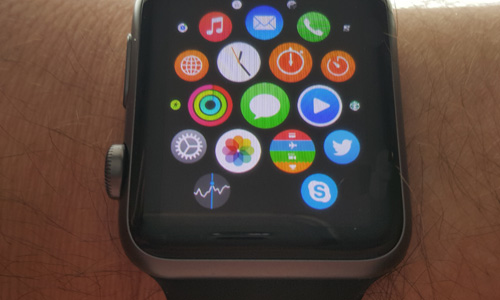 The Apple Watch feels great on your wrist, but scratches easily.

I’ll probably think of more pros and cons and add them in. I am not 100 percent sure, mostly due to my budget, that the Apple Watch is a keeper. But after being one of the watch’s biggest critics, I am pleasantly surprised how much I like it.

Daryl Deino has been a technology enthusiast since 1995 and has written for several newspapers and technology sites. Please reach him at [email protected]
View all posts by Daryl →
This entry was posted in Review and tagged Apple Watch. Bookmark the permalink.