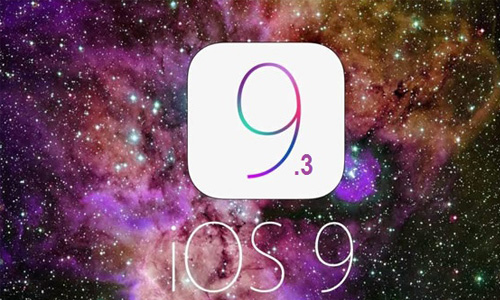 The beta version of iOS 9.3 is now available.

Apple has released iOS 9.3 for developers. However, one may want to avoid downloading it unless they really are a developer since it still has a lot of bugs. However, here are some of the improvements.

There are added 3D Touch options for Apple’s stock apps (Weather, Settings, Compass and Health). This is Apple’s way of trying to make 3D Touch more significant; right now, it feels gimmicky. Perhaps the most useful one is Weather, which allows users to touch the app icon and see what the weather is at their current location

This one is extremely useful for those who like using the Notes app as a journal or one to write down passwords to remember. It’s simple: Users can use the Touch ID or a password to make a note (or a collection of notes) private. Many iPhone users have been asking for this feature for years.

Yes, you are probably used to getting news from your iPhone already, but it’s not the news you always want. The new and improved News app is supposed to post only the types of news stories you want to see. In other words, if you are tired of reading stories about Donald Trump or Hillary Clinton, the News app won’t post them. Nobody seems to really know how this works yet.

Why wasn’t this implemented in earlier versions? This new setting changes the colors on the screen at night to help you get better sleep. Does it really make a difference? According to CNET, researchers believe that the blue light that comes from LED screens slows down the production of melatonin, the hormone that tells our brains that it’s time to sleep. Allegedly, colors like red, orange and yellow are said to be easier on the eyes, which allows your body to fall asleep naturally.

Apple really is doing a lot to give users access to heath and wellness data. The Health app will now have categories such as Weight and Workouts. It will also have a slider menu that reveals useful third-party apps. The new app better displays a user’s exercise and activity data along with your exercise goals.

Once again, be careful if you want to try out the beta version of iOS 9.3. It’s called “beta” for a reason — there are bugs that need to be worked out. It’s best to use iOS 9.3 on a secondary Apple device.

Daryl Deino has been a technology enthusiast since 1995 and has written for several newspapers and technology sites. Please reach him at [email protected]
View all posts by Daryl →
This entry was posted in Video and tagged Apple, iOS. Bookmark the permalink.