Apple Hit With Another Class-Action Lawsuit

Apple has been hit with a series of class-action lawsuits.

Apple is the most successful tech company in the world. As we all know, the bigger you are, the more you become a target. Now, Apple is facing a class action lawsuit for allegedly crippling the iPhone 4s with iOS 9. MacRumors has the news.

“Apple today was hit with a class action lawsuit seeking over $5 million in damages for deceptive trade practices and false advertising. Plaintiff Chaim Lerman says he and other iPhone 4s owners became unable to use their devices after upgrading to iOS 9 as the update “significantly slowed down” their iPhones and “interfered with the normal usage of the device.”

The article adds that according to the lawsuit, the plaintiffs were forced to either live with a slow and buggy device that disrupts everyday life or shell out hundreds of dollars for a new iPhone. While the plaintiff may have a case, it still seems litigious, especially since the iPhone 4s is a four-year old device that is hard to find unless you buy it on eBay or Craigslist.

Anybody who still uses their iPhone 4s must really like antique technology, but they also may have a case. Some of the commenters after the article on the topic explain why.

“On one hand this lawsuit is stupid.  On other – Apple broke face time and would not fix it unless you upgraded the iOS and deal with the degradation. I think their policy of forced software upgrades therefore deserve some negative publicity, says commenter “jimbobb24.”

“That’s a pretty awful precedent to set. At the very least, the only thing Apple would need to do is allow you to revert back to an older version of iOS. That would solve this whole issue for once and for all,” says Alsis.

Perhaps the last comment makes the most sense. If Apple made it easy to revert back to an older version of iOS, there would be no room for complaints and lawsuits. There are lawyers who spend hours looking into ways they can sue Apple and even though this lawsuit is litigious, Apple handed it to them on a silver platter. 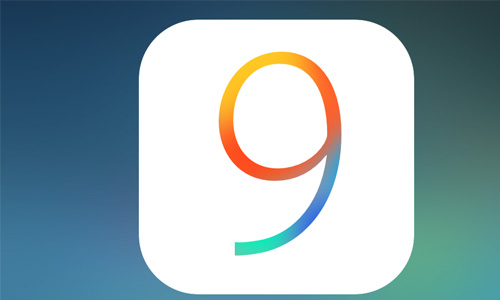 iOS 9 has caused a lot of problems for Apple and its customers.

Just last month, Apple was hit with a second lawsuit regarding Wi-Fi Assist data overages. According to Apple Insider, both lawsuits blame Apple for not disclosing the potential for cellular data overcharges resulting in iOS 9′s faulty Wi-Fi Assist feature.

It appears that iOS 9 has caused a lot of heartache for Apple, given all the complaints and, especially, the class action lawsuits. Perhaps things will go better with iOS 10.

Daryl Deino has been a technology enthusiast since 1995 and has written for several newspapers and technology sites. Please reach him at [email protected]
View all posts by Daryl →
This entry was posted in Tech News and tagged Apple, iOS 9. Bookmark the permalink.