Apple Is About To Bring Augmented Reality To The Mainstream

This is the alleged logo for Apple Glass.

You have to hand it to Apple for taking things that have already been produced and making them marketable to the masses. There was the revolutionary iPod (Creative Labs’s Nomad Jukebox was a minor hit a year before Apple’s MP3 player), the iPad (Microsoft tried doing PC tablets but mostly failed), and the Apple Watch (many companies tried their hand at smart watches before Apple finally succeeded).

In a couple years, we may be thanking Apple for creating an AR device after Google and Microsoft have pretty much failed (although the HoloLens was never considered a mainstream device, it didn’t even succeed as a niche product). According to RoadToVR, Apple’s “glasses” are coming sooner than later.

“In a video report [see video here], Prosser says that Apple’s AR headset will be named ‘Apple Glass’, and will be priced at $499, which doesn’t include the price of the actual corrective lenses. The report maintains that Apple is set to deliver a stereoscopic AR headset (dual displays) in a glasses form-factor which is said to rely on an iPhone for all data processing.”

An alleged video of an Apple Glass prototype is said to show a set of plastic frames that recharge with a wireless charging stand. There may also be a sunglasses version of the Apple Glass. This definitely doesn’t sound like it will be a failure like the Google Glass. 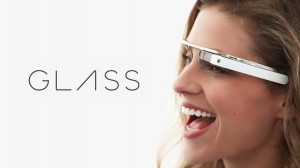 Apple may succeed where Google failed.

There have been a lot of rumors that Apple would release its new AR headset this fall along with the iPhone 12, but the coronavirus may halt it to the fourth quarter of 2001. By then, 5G — which Glass could depend on for instant data — will be a lot more mainstream. It could become one of the most innovative devices of this decade.

It will be interesting to see if the final version of Apple Glass has a camera (the current prototype allegedly doesn’t) and how security concerns will be dealt with. Many people had a problem with the camera on Google Glass — so much that people believed it sabotaged Google’s efforts.

Some may not like the fact that the the glasses have to rely on the iPhone, but it is necessary in order for Apple’s device to be thin and easy to carry around like regular glasses. We’ll surely be hearing a lot more about Apple’s new AR device within the next few months.

Daryl Deino has been a technology enthusiast since 1995 and has written for several newspapers and technology sites. Please reach him at [email protected]
View all posts by Daryl →
This entry was posted in Tech News and tagged Apple Glass, Google Glass, HoloLens. Bookmark the permalink.