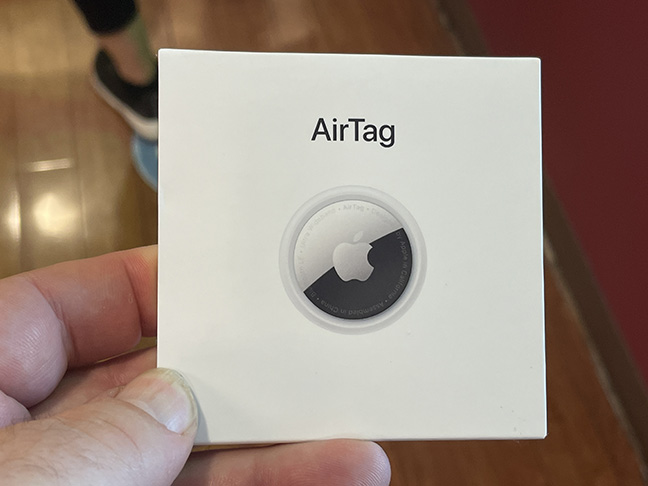 Apple's AirTag is easily worth the $30 price tag.

I wrote about Apple’s new AirTag last month and finally got my hands on one this week. I paid $30 for it. I had the chance to buy the four-pack bundle for $100, but I didn’t want to waste money just in case I wasn’t satisfied. What was I thinking? I am more than satisfied with the AirTag. For someone who has ADHD and often leaves things in crazy places, it’s a very important product.

The setup wasn’t as simple as I would have liked it to be, but that’s on me. Once I took the tape off of  the small circular device, my iPhone 12 Pro recognized it. I named it “Yoshi” after my favorite video game character, and then things turned frustrating. I put Yoshi in my bag and tried to track it by going to Settings and then “Find My.” I couldn’t find a thing.

What I didn’t realize is that I needed the actual Find My app in order to track Yoshi. Once I found that, I saw all of my devices listed (iPhone, Apple Watch, AirPods Pro) along with Yoshi. I moved my bag to another room, and the AirTag was easily tracked on my iPhone.  I was also able to make the tag ring just loud enough to hear. This is convenient for when you drop something in a pile of clothes or in your car somewhere. 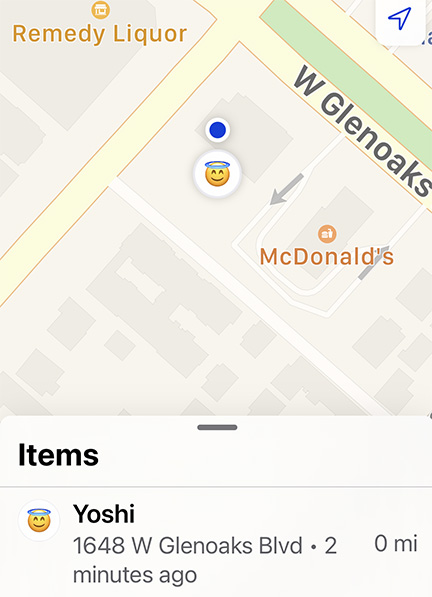 The AirTag can be tracked at it's exact location.

The AirTag came into real world use when I left my bag (with Yoshi in its pocket) on my chair while on a film set. When I went back, my chair and the bag were missing. Normally, I’d start having a nervous breakdown. But I looked in the Find My app and saw it was still nearby. Then, I was able to track the bag to its exact location, which was in a nearby room. I clicked to play a sound and heard it under a chair in the room. Security had moved it there to keep it safe but forgot to tell me. All is forgiven!

I plan to get at least two more AirTags — one to put on my keys. Instead of paying $35 for Apple’s AirTag keychain (AirTag not included), I’ll look on Amazon for much cheaper alternatives. The only real frustrating thing about getting an AirTag is that you’ll look back on the many times your life would have been easier if the AirTag had been invented earlier. Apple’s new location device may be just a simple and cheaper Apple product, but it’s the most important one they’ve released this year.

Daryl Deino has been a technology enthusiast since 1995 and has written for several newspapers and technology sites. Please reach him at [email protected]
View all posts by Daryl →
This entry was posted in Review and tagged Apple AirTag, iPhone 12 Pro. Bookmark the permalink.