Affinity Photo: The iPad Finally Gets Its ‘Photoshop’ 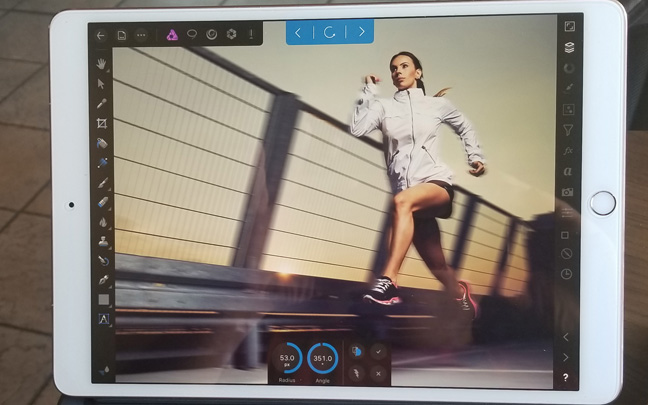 Ahead of the first iPad Pro release in November of 2015, Tim Cook claimed that the new device would be able to replace your laptop. However, most others agreed you couldn’t. It wasn’t so much the power as it was the fact that the iPad Pro didn’t have desktop quality apps such as Photoshop.

Well, that is certainly changing. Many iPad owners who depend on photo editing and don’t want to leave their laptops behind will be happy to know that Affinity Photo has just been released for the iPad, and it’s a steal at $19.99. Affinity Photo allows you to do almost everything Photoshop can, and it’s often easier than Photoshop if you have the Apple Pencil. 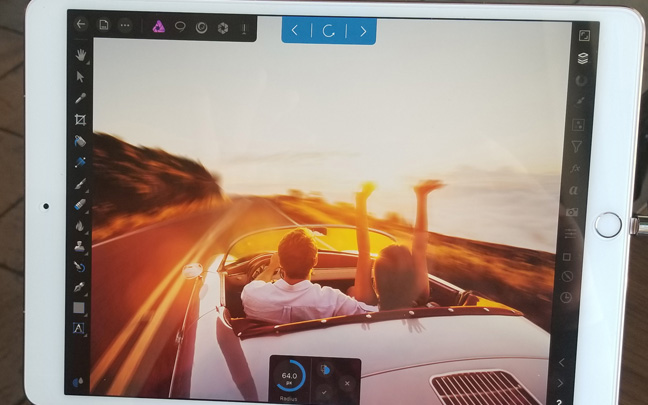 Those who swear on Photoshop may have a hard time getting used to the Affinity Photo desktop at first. But the app, which is easy to learn if you already learned Photoshop, can do just about everything that Photoshop can do, including working in layers, adding filters, “liquifying” photos, making animations, changing basic features (contrast, brightness, saturation), and so much more.

I store all my photos on Dropbox, and Affinity Photo works fluidly with the program. Because my files come from cloud storage, they may take a little longer to save or open than usual, but that’s not even close to being the deal breaker. You can also access photos you took that are saved to your iPad. 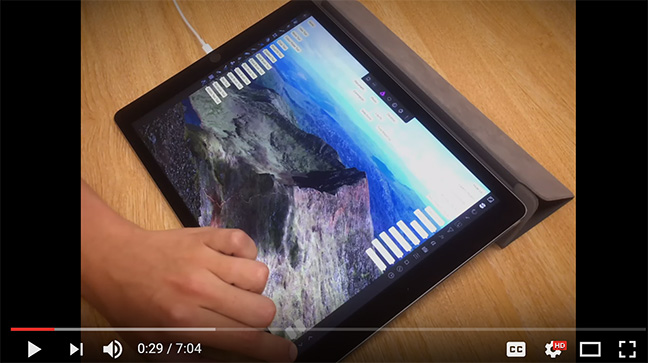 Where Affinity Photo really shines for me is its integration with Apple Pencil. I’ve used the Surface Pen with Photoshop on the Surface Pro 4, and there has always been inconsistency and lag. This isn’t the case with the Apple Pencil on Affinity Photo, where it’s quite simple to draw selections, crop, change parts of the picture, and do many other things. It helps that the new iPad Pro has a 120Hz refresh rate that makes everything feel more fluid.

Those who have an iPad instead of an iPad Pro won’t be as thrilled with Affinity Photo, which operates inconsistently on the iPad due to lower speed and less memory. I tried working with a photo on the iPad Air 2, and even though I was able to do all the editing I needed, doing so was a little painful. However, those who own an iPad Pro (2015-2017 versions) should definitely spend $20 to get Affinity Photo, which is currently the most desktop-like app available for a mobile device.

Daryl Deino has been a technology enthusiast since 1995 and has written for several newspapers and technology sites. Please reach him at [email protected]
View all posts by Daryl →
This entry was posted in Video and tagged Affinity Photo, iPad, Photoshop. Bookmark the permalink.