A Day With The Fitbit Versa 2 Is Too Much 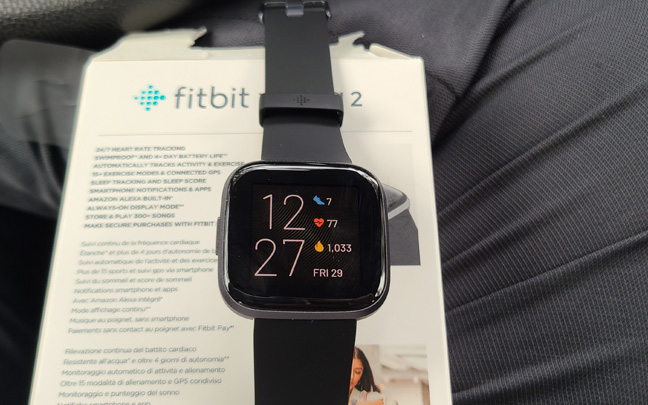 I had the Fitbit Versa 2 watch with me for a day, and I don’t miss having it on my wrist. It’s not a bad watch overall, but it doesn’t provide a smooth adventure like the Apple Watch or the different smartwatches Samsung makes. Here are some of the significant things I experienced:

Difficult to Set Up

I have never experienced such difficulty with setting up a device before. First, getting the larger band on the watch is nearly impossible. It doesn’t just slide in an out. You almost have to be some type of engineer to deal with the task.

When I first turned on the Versa, I got a message that the watch couldn’t sync…or something like that. I had to read forums on how to get the thing started. I eventually had to connect the watch to my laptop to be able to get it working. Afterwards, it took almost 30 minutes to download the software and get started.

I was happy to be sent the 44mm version of the Versa 2 since my eyes aren’t in the best shape. The only problem is that the viewable screen is significantly smaller than the full screen due to the huge bezel. This is a huge disappointment coming from Apple or Samsung smartwatches.

The interface is quite simple and easy to navigate, even though some animations stutter. There is only one button, and operating the watch depends mostly on swipes. Switching through the screens will remind many of the Apple Watch. 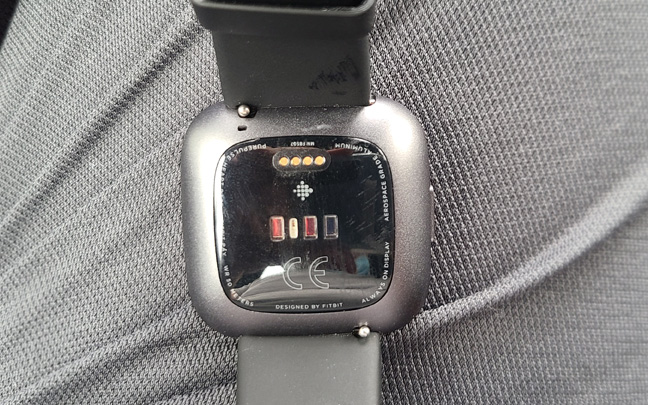 I don’t know how much of a deal killer this is for people. But like the first Apple Watch, the Versa relies on location information from your smartphone. And because of the connection issues (more on that in a bit), you’ll often find yourself without location information no matter what.

Remember your devices from the 2000s that relied on a Bluetooth connection — one which didn’t always work? Well, you can (unfortunately) relive those experiences with the Fitbit Versa 2. I found that if I went out of the Bluetooth distance between my phone and the Versa, it didn’t always reconnect when I went back in the safe zone. This affected syncing as well. It ends up others have this issue as well.

One of the few things I find impressive about the Fitbit Versa 2 is the battery life. Fitbit claims the watch can be used for four or five days on a single charge. After one day of heavy use, I had about 75 percent juice left.

At $199, the Fitbit Versa 2 isn’t a bad deal. But spending $50 to $150 on a better watch will be worth the extra pinch in your wallet. Perhaps Fitbit will make a really good smartwatch in the future. For now, just “average” doesn’t cut it.

Daryl Deino has been a technology enthusiast since 1995 and has written for several newspapers and technology sites. Please reach him at [email protected]
View all posts by Daryl →
This entry was posted in Review, Video and tagged Fitbit Versa 2, SmartWatch. Bookmark the permalink.