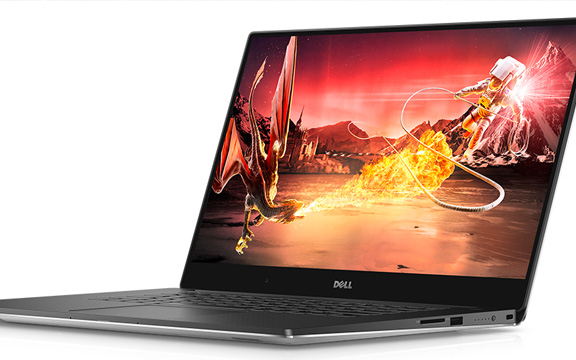 I’ve always heralded the Dell XPS 13 as a groundbreaking laptop. In 2015, Dell released the 15.6-inch version of the XPS 13, the XPS 15. The larger version didn’t seem as groundbreaking. The small keyboard with minimum travel was excused on the XPS 13 since Dell was trying to create the most portable 13-inch laptop. But Dell could have put a better keyboard on the XPS 15.

Still, over the past year, the XPS 15 has been heralded as the 15-inch MacBook Pro killer, especially since the latest MacBook Pro with Touch Bar has received such mixed responses. The Guardian listed the XPS 15 was one of the ultimate MacBook Pro replacements.

The new Dell XPS 15 has one significant advantage over the 2016 MacBook Pro — a 7th generation Kaby Lake processor. This processor has proven to save battery life while offering increased performance. However, this processor has also caused a problem referred to as “coil whine,” which this blog talked about last month.

There have been some complaints about the XPS 15 and coil whine, but they are not as widespread as they were with the late 2015 version of the XPS 15. However, as one can see on Reddit, new owners have dealt with Wi-Fi, backlight bleed, sound, ghosting, the keyboard, and other issues. 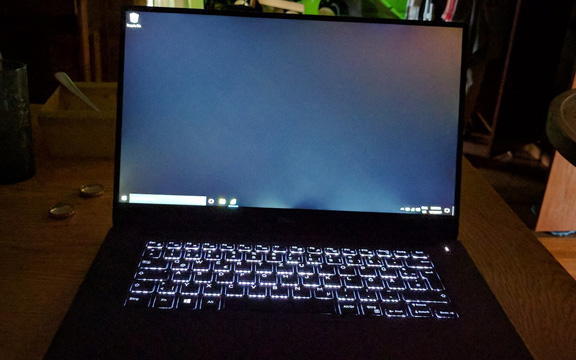 One owner of the new Dell XPS 15 finds his screen glows in the dark.

Reddit user Pa0ap received a unit from Dell that looks like it absolutely skipped quality control. Backlight bleed is common on most laptops, but it becomes a problem when the bleed interferes with the picture or goes towards the middle of the screen.

Jonsworkaccount, like others, is having Wi-Fi problems with the new XPS 15.

“I recently purchased a XPS 15 9560. I have been having a strange wifi issue that seems to be heat related. During normal use, the wifi connection is solid and doesn’t have any noticeable problems. However, if I boot up a game (in this case, Civilization 5) the wifi will die after an hour or two of play.”

When a new product is released, Reddit is usually filled with more complaints than compliments. However, the amount of complaints for the 2017 version of the Dell XPS 15 is much higher than it usually is for new laptops. Let’s help Dell can get things in order and make the new XPS 15 a hit. Competition is good.

Daryl Deino has been a technology enthusiast since 1995 and has written for several newspapers and technology sites. Please reach him at [email protected]
View all posts by Daryl →
This entry was posted in Tech News and tagged Dell XPS 13, Dell XPS 15, MacBook Pro. Bookmark the permalink.