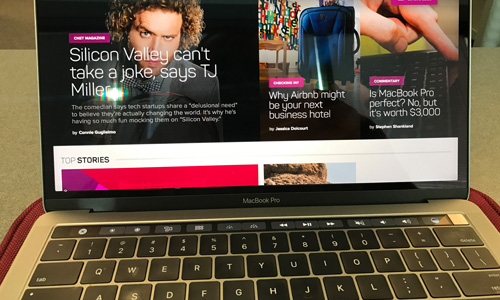 I’ve been working with the MacBook Pro (13-inch 2016 Version) for the past three days, and I’m more impressed with it than I thought I would be. This version has 2.9 GHz dual-core processor, but feels like it runs even faster.

I’ve been using it to edit 4K videos with Final Cut Pro, and even though the process is still a little slow, it’s much better than it was with my 2013 MacBook Pro Retina, which ran on a 2.7 GHz processor. Numbers can be deceiving — in good ways and bad. It’s also the version that has 8GB of RAM, and although that’s certainly enough for even tough tasks, I have found myself having to close other programs so the current one I’m using can run faster.

Then, there is the Touch Bar, which is, perhaps, why the new MacBook Pro is priced $200-$300 more than it should be. I find it useful in some situations. I love that, in YouTube, you can use the Touch Bar to fast forward to the spot where you want the video. Otherwise, it’s a nice addition, but not a necessary one. 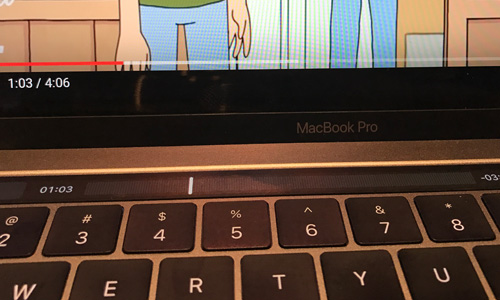 Thanks to the Touch Bar, watching Rick & Morty has never been easier.

I would recommend the entry-level version of the MacBook Pro without the Touch Bar, but that runs slower. I’m sure that I’ll love the Touch Bar when Adobe, Microsoft, and other software makers update their products with Touch Bar features. For now, it’s a nice feature, but not one that I am absolutely in love with. 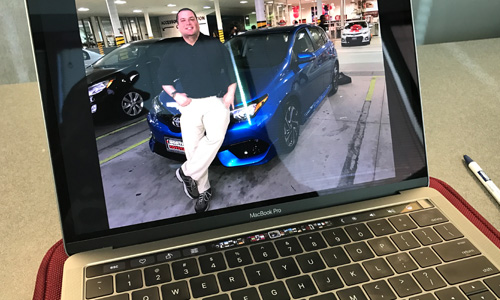 The colors really pop out on the 2016 MacBook Pro.

I am in love with Apple’s new Wide Color display. It absolutely makes images pop out. But when I compare Apple’s 227 pixels-per-inch (PPI) display to the one on my Dell XPS 13 (276 PPI), I am a little underwhelmed. I wonder why Apple hasn’t changed the screen resolution on their MacBook Pro devices since 2012. Perhaps, the reason is so people could save battery life. After all, the battery on the 2016 Pro lasts two hours more than my Dell XPS 13. It also gives users more juice than the Surface Pro 4 (267 PPI), which has been highly criticized for its unsatisfactory battery life.

Then, there is the keyboard. I am really falling in love with this thing. I don’t mind that the keys don’t have much travel to them. Instead, they have more “crunch” and it actually makes my fingers feel really powerful — if that makes sense (you have to use the keyboard to understand this). I can type faster on the MacBook Pro than I can with the Dell XPS 13 or even the Surface Pro 4.

There have been many complaints about the new MacBook Pro being hard to fix. But honestly, Apple has the best customer service in the world. Even without an extended care plan added to the fact that I bought my 2013 MacBook Pro at Best Buy, Apple still repaired my unit a year and a half ago.

The 2016 MacBook Pro with Touch Bar may have garnered mixed reviews, but those are misguided — the price should be criticized, not the actual notebook. If my enjoyment continues, I may have to sell my Dell XPS 13 so I can get Apple’s latest device.

Daryl Deino has been a technology enthusiast since 1995 and has written for several newspapers and technology sites. Please reach him at [email protected]
View all posts by Daryl →
This entry was posted in Review and tagged Dell XPS 13, MacBook Pro 2016, Surface Pro 4, Touch Bar. Bookmark the permalink.