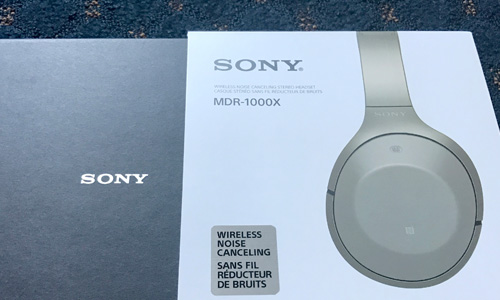 Sony’s latest Bluetooth Wireless headphone may be the best package out there for those looking for a wireless headphone set that can do almost anything. At first, I was blown away by the MDR-1000x. But after the honeymoon period, I have noticed some minor flaws. It doesn’t sound as good as the Bowers & Wilkins P7 Wireless (but comes close) and you don’t get the fantastic voice call quality you get with the Bose QC35. However, if you are looking for the Bluetooth Wireless headphone that has the whole package without much compromising in any category, the MDR-1000X should be on your list.

First, lets talk about noise-cancellation. In many cases, it is better than anything Bose has come up with. Sony’s blocks out more noise than in any category except a huge crowd of people — for some reason, Bose wins at this. Sony’s previous Bluetooth headphones have attempted noise cancellation with barely any success whatsoever. They finally got this right.

The MDR-1000X has useful features you wouldn’t know you need until you use them. The biggest one is Quick Attention Mode, where you put your hand over the right earcup in order to turn down the volume of the music and let all incoming noise (which is amplified like a hearing aid) in. This is especially useful when you need to hear an announcement or need to order something while your music is playing. Of course, you’ll look funny and robotic putting your hand over the cup. 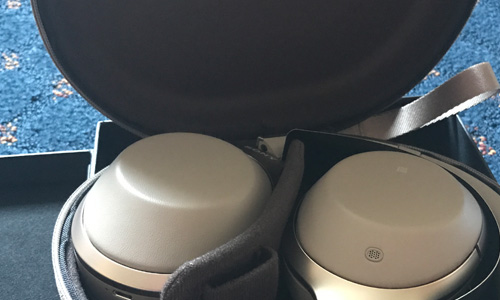 The Ambient Sound Mode lets background sound, which is amplified, come through. There is also Ambient Voice, which amplifies certain frequencies of spoken voice. Some will find these modes useful, while others won’t. Still, it’s great that Sony is giving listeners a choice.

In terms of voice calls, the MDR-1000X is good, but not great. It’s not a disability to the overall product, but it’s not an advantage either. The Bose QC35  does a better job of blocking out background noise. Callers said they could hear me with the MDR-1000X, but asked me to repeat myself at times when I was in a noisy environment.

If I had to rate the MDR-1000X, I would give it four stars. I have yet to find a five-star wireless headphone, but the Bowers & Wilkins P7 comes close. Still, Sony has proven that they are now in the big leagues now with other audio companies when it comes to headphones.

Daryl Deino has been a technology enthusiast since 1995 and has written for several newspapers and technology sites. Please reach him at [email protected]
View all posts by Daryl →
This entry was posted in Review and tagged Bluetooth Headphones, Bose QC35, Bowers & Wilkins P7, Sony MDR-1000x. Bookmark the permalink.